"As members of God's family we need each other and support each other. We are here to bear each other's burdens." 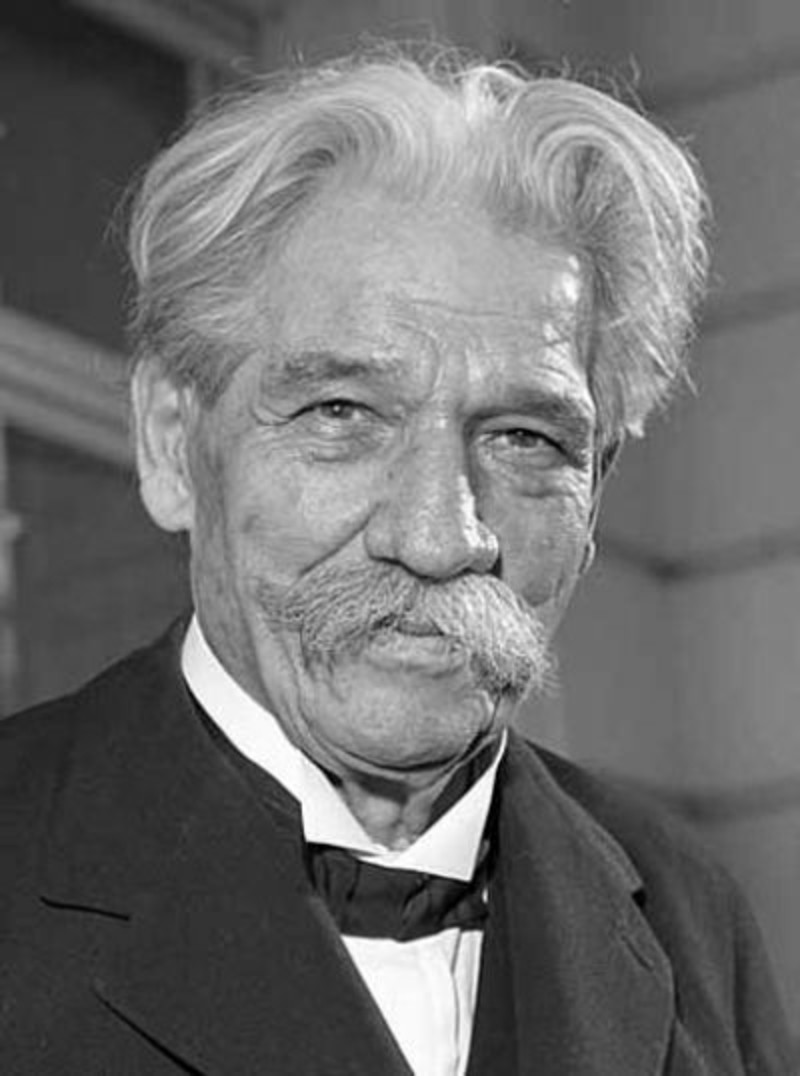 Schweitzer was one of the most famous missionaries of the 20th century. He was a theologian, writer, humanitarian, philosopher and physician. He held Phds in both theology and physics and was an accomplished concert organist. At the age of 38, he left his academic career and his career as a musician in order to set up a medical clinic in French Equatorial Africa.

In 1960 Schweitzer, now 85 and still serving the people of Africa, was visited by a young seminary student. The student tells how one morning at about 11:00 am he and Schweitzer along with a few others were walking up a hill in extremely hot weather. Suddenly the 85 year old Schweitzer broke away from the group and walked over to an African woman who was struggling to carry a load of firewood up the hill for the cook fires. Schweitzer took the entire load of wood from the woman and carried it up the hill for her.

When Schweitzer returned to the group one of them asked why he did things like that. They were concerned for his health and the strain he put on himself at his advanced age.

Schweitzer merely shrugged and said, “No one should ever have to carry a burden like that alone.”

To Be a Christian, to be Catholic, is to be part of a community, part of the Body of Christ. God works through us. The miracle of feeding the multitudes only occurred through the obedience of the disciples. God wants us all to be active members of His body.

Do you remember the story of "doubting" Thomas? The first Sunday after the resurrection the disciples were huddled in a locked room wondering what would happen next. Thomas was not with them. We don't know why he wasn't but other scripture passages indicate he was moody and stubborn. Perhaps he was off by himself trying to deal with his own doubts and frustrations on his own.

But in doing so, he misses out.

While the other apostles comforted each other, Jesus appeared to them. And His appearance filled them with strength, hope, and a renewed confidence of purpose. Only after he returned to the group, only after he rejoined the Church, did Thomas experience the same transforming presence of Christ.

As members of God's family we need each other and support each other. We are here to bear each other's burdens.
This is why it is a mortal sin to "skip" Sunday mass. Our attendance shows how deeply our heart is with Christ. It also shows how deeply we care for our brothers and sisters. When we choose to be absent we are in effect saying that relationship is not that important to us.

We all go through periods of doubt and anxiety, but we will not find the answers on our own. We will find them in our brothers, our sisters, and our Lord.

Francis Thompson was a poet, a mystic,... END_OF_DOCUMENT_TOKEN_TO_BE_REPLACED

“The Hitchhikers Guide to the Galaxy” is a satirical Science fiction novel by the late Douglas Adams.... END_OF_DOCUMENT_TOKEN_TO_BE_REPLACED