How God Made Peter the First "Pope"

"The disciples bring the fish-laden net ashore but it is Peter that brings it to Christ,"

Why do we refer to Peter as the first “Pope?

When Jesus was arrested and taken before the Jewish leaders, Peter followed behind to observe the events. Three times Peter was accused of being a follower of Jesus and three times Peter denied it, in the end stating that he did not even know the man.

At the third denial a rooster crowed and Jesus looked at Peter. We can only imagine the expression of love and sadness on the face of Christ that caused Peter to remember the prediction that he would deny the Lord three times. The sound of the cock crowing must have driven the disciple into deep anguish and despair at the realization of what he had done.

Several days later, after the events of the crucifixion and resurrection, after Jesus had mysteriously appeared to His apostles, not once but twice, Peter decides to go fishing. It is likely he just wanted to clear his head of so many questions and just immerse himself in the simple task of fishing, but more frustration followed a night of empty nets. 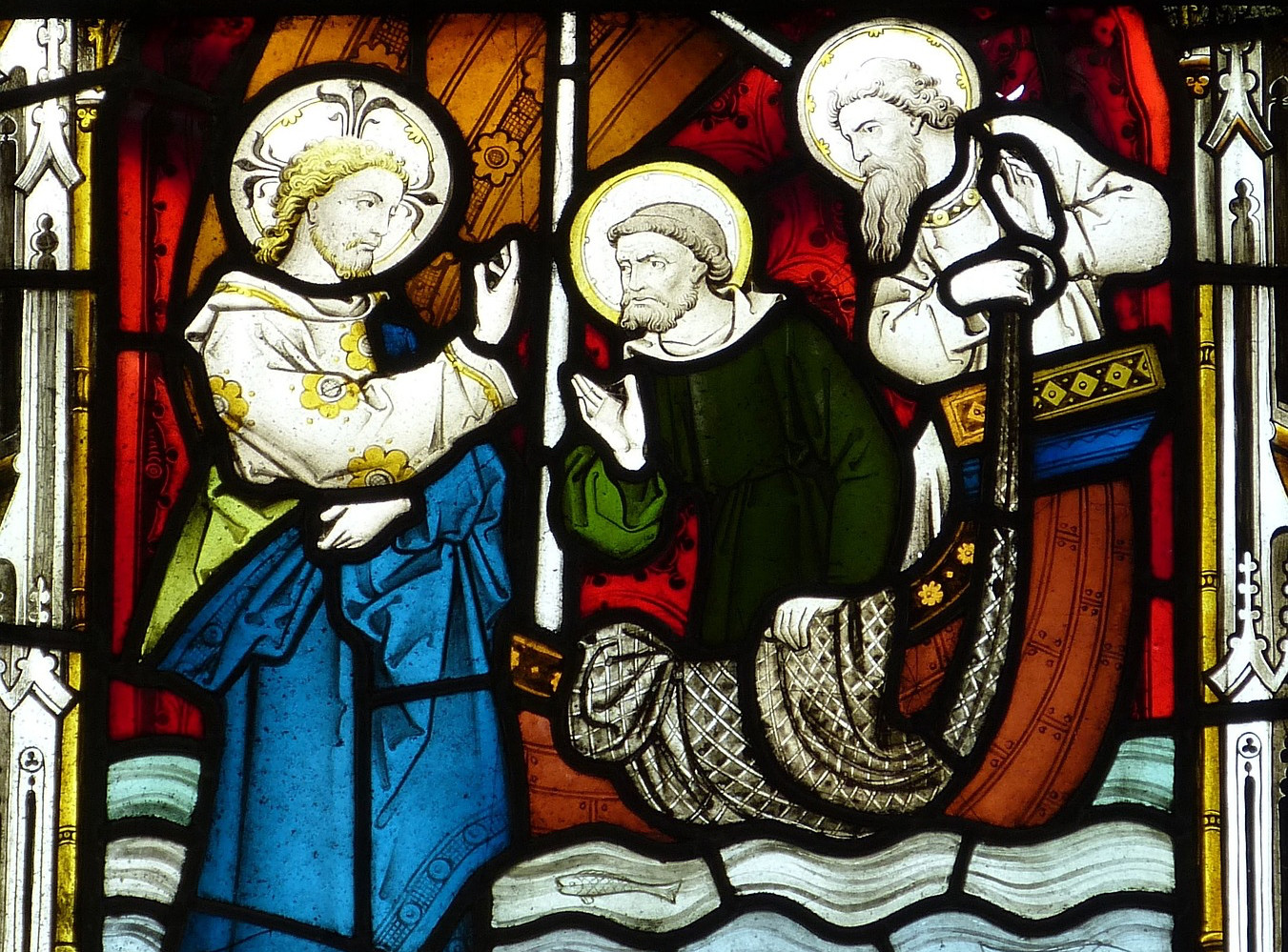 As morning comes, Jesus is seen on the shore. He instructs the men to cast their nets in a place where there should be no fish and yet they haul in a catch of 153. The number “153” is interpreted many ways. It may be the number of species of fish known at the time, or the number of known countries. It may be the number of the elect or a mysterious reference to the ten commandments and the seven gifts of the Holy Spirit. But all of these point to universality or totality. The disciples bring the fish-laden net ashore but it is Peter that brings it to Christ, the “bedrock of eternity.”

Jesus then asks Peter three times “do you love me?” The sorrow and humility of the son of John is on full display as he answers “yes” each time. These three affirmations allow Peter to repent of the his three denials. And Jesus gives to Peter the mission of tending to the flock of the Good Shepherd.

Love and the Papacy

Love for God is thus unconditionally linked to the papacy. And as the first pope, Peter will follow the example of Jesus and go to his own death by crucifixion, giving up even his life for the Church, rejoicing that he had been found worthy to suffer dishonor for the sake of the Name.

The cross of suffering is bound up with the office that leads the Church. The more seriously a pope takes his office, the greater will be his suffering.

Within 24 hours of his election, Holy Father Francis was attacked with distorted facts, bad reporting, and outright lies.

Let us pray for our pope, Francis, that the Holy Spirit strengthen him to endure the attacks of the enemy, and may he be shown to be a worthy shepherd to the people God has entrusted to him, Lord hear our prayer.

Deacon Lawrence draws on ancient Christian tradition to create new contemporary art that seeks to connect the physical and the spiritual.. For more information on original art, prints and commissions, Please visit www.DeaconLawrence.org

Lawrence Klimecki, MSA, is a deacon in the Diocese of Sacramento. He is a public speaker, writer, and artist, reflecting on the intersection of art and faith

Jesus once told us, His followers, that the greatest commandment is to love God with our whole heart, soul and mind. And the second... END_OF_DOCUMENT_TOKEN_TO_BE_REPLACED

You Are Called to be a Missionary

"Each one of us is called to bring the light we have received into the lives of those around us, into our... END_OF_DOCUMENT_TOKEN_TO_BE_REPLACED

"Christ ... demonstrates to us His mercy. If we trust in Him, He will never abandon us."