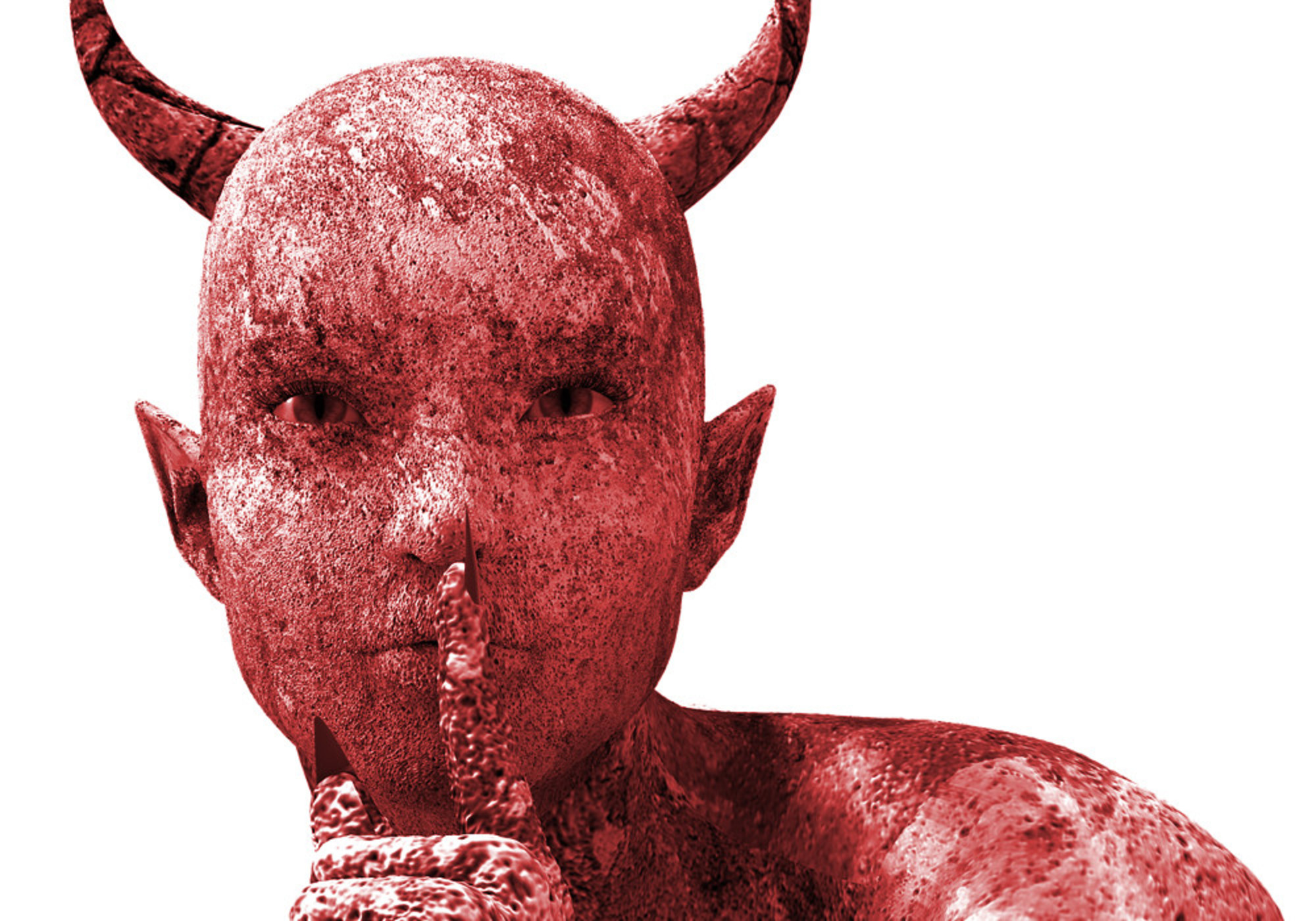 The Devil Exploits Our Weaknesses

We don't hear much about the dangers of relativism these days, that's because it has a new name, tolerance. Tolerance can be a dangerous doctrine. Dangerous doctrines, like ancient heresies never really go away, they are just rebranded.

Evil permeates our culture. Its existence is deeply rooted in our awareness of the world around us. The personification of evil is a constant figure in our stories whether we tell them around a campfire or experience them in big-budget pyrotechnic movies. Evil is always there working against us, using our own good intentions against us. But what is truly amazing is how few people still believe in the devil much less his impact on our world.

The devil preys on our weaknesses. His latest tactic is to exploit our notion of fairness and justice. After all we want to be fair to everyone don't we? We don't want to upset or offend anyone.

A few years ago at a gathering of seminary professors, one teacher reported that at his school the most damaging thing you can say about another is that they are “judgmental.” "You can't et a good argument going in class anymore," he said. "As soon as somebody takes a stand on any important issue, someone else says that the person is being judgmental. And that's it. End of discussion. Everyone is intimidated!"

Most of the professors hearing him nodded in agreement. “Tolerance” is the new “relativism.” Under the banner of "Tolerance" we are told to accept all sorts of behavior that we might otherwise condemn. It preys upon our weaknesses, a chink in the armor of our faith. And the devil loves to exploit weakness.

For the Christian, being “tolerant” does not mean that we just accept everything that goes on around us. Being “civil” does not mean that we must approve of what other people say and do. It is one thing to defend the right of a person to express their opinions and belief, it is quite another to say they are right in doing so.

There are absolute truths in the world. There is right and wrong, there is good and evil. To think otherwise is to fall prey to the devil.

In the end there are only two possibilities. We are either with God or against Him. Wheat or weeds, sheep or goats, good fish or bad fish, there are no third options.

We only have two jobs. First we must keep ourselves strong in our love for God. Second, we must strengthen those around us who need help.

There is no third job.

Francis Thompson was a poet, a mystic,... END_OF_DOCUMENT_TOKEN_TO_BE_REPLACED

“The Hitchhikers Guide to the Galaxy” is a satirical Science fiction novel by the late Douglas Adams.... END_OF_DOCUMENT_TOKEN_TO_BE_REPLACED