Ss. Perpetua and Felicity and the Value of Suffering 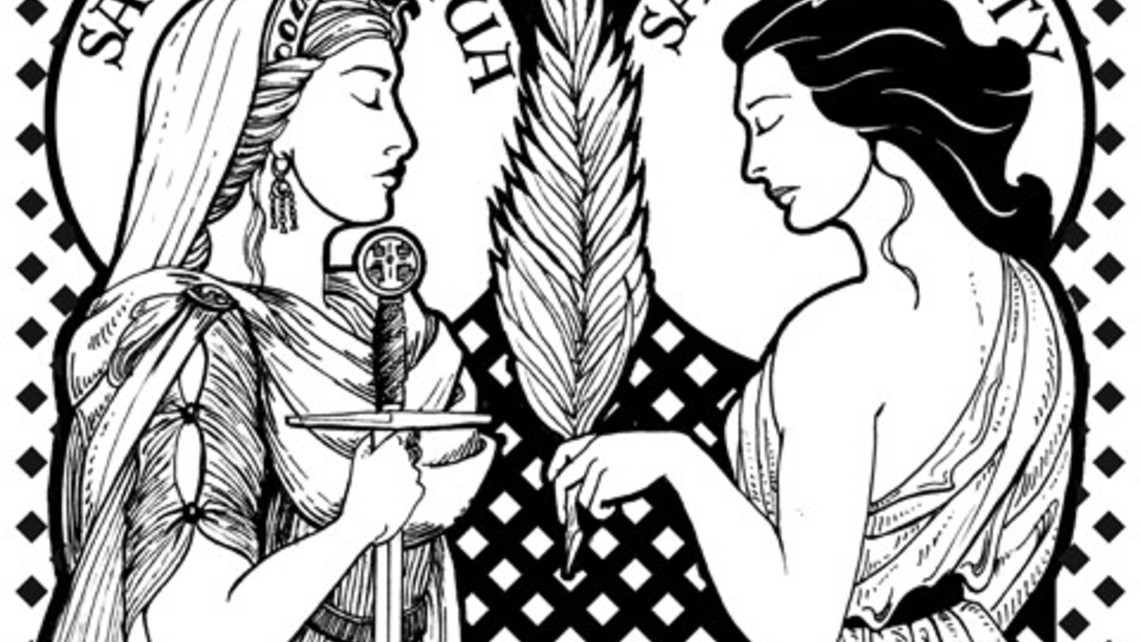 It is perhaps one of our oldest mysteries, why does God allow us to Suffer?

The historical account of the death of Saints Perpetua and Felicity, is rock solid. It was written by Perpetua herself.

Perpetua was a young, well educated, noblewoman who made the decision to follow the example of her mother by becoming a Christian. Her father, a pagan, pleaded with her to change her mind but she would only answer him by saying “I cannot call myself by any other name than what I am, a Christian.”

Perpetua and Felicity were arrested, imprisoned and sentenced to die in the arena for the crime of being Christians. They suffered terribly. The prison was so crowded with people that the heat was suffocating. There was no light anywhere and Perpetua wrote that she had “never known such darkness.”

But Perpetua's greatest suffering was being separated from her young baby. Felicity was even worse off, she was eight months pregnant.

When Perpetua's father came and pleaded with her to renounce her faith, she replied “we lie not in our own power, but in the power of God.”

Perpetua and Felicity, along with two others went to the arena in an air of joy and serenity. We are told that Perpetua encouraged the others and walked with “shining steps as the true wife of Christ, the darling of God.”

The two women were attacked and thrown about the arena by a rabid heifer. Finally they faced a gladiator and were killed by the sword in the arena at Carthage, in the Roman province of Africa, on March 7 in the Year of Our Lord 203.

We continue to suffer in this world because how we respond to our suffering matters greatly in the eyes of God. It is an opportunity for us to grow in our faith. Do we turn away from Him in anger and resentment? Or do we turn toward Him for comfort, out of love?

God can on occasion remove our physical pain in order to demonstrate His authority over the world. Philip the deacon preached to the people of Samaria and unclean spirits that tormented their victims were cast out. The paralyzed and crippled were healed. God was at work through Philip. The Samaritans came to accept that the cure for the world's pain is the Christ.

Jesus did not promise us a life free of pain and suffering, in fact He promised us just the opposite. But He also offered us the strength to endure any hardship that comes our way, through prayer and sacrifice.

We must be a people of prayer. Prayer strengthens us and keeps us close to God.

We offer sacrifice when we put our own needs aside in favor of others. We are stronger in our bond of Christian charity when we support each other and encourage each other.

Saint Perpetua knew this. Her last recorded words were addressed to her brother.

"Stand fast in the faith, and love one another."

"are we a family that cares for and supports each other? Or are we a group of strangers who see each other... END_OF_DOCUMENT_TOKEN_TO_BE_REPLACED

A Lesson In Forgiveness

"God will forgive our sins against Him to the degree we forgive those who have sinned against us."

There is an old story about two pilgrims traveling to a monastery high up in the mountains of... END_OF_DOCUMENT_TOKEN_TO_BE_REPLACED