Standing in the Narrow Pass 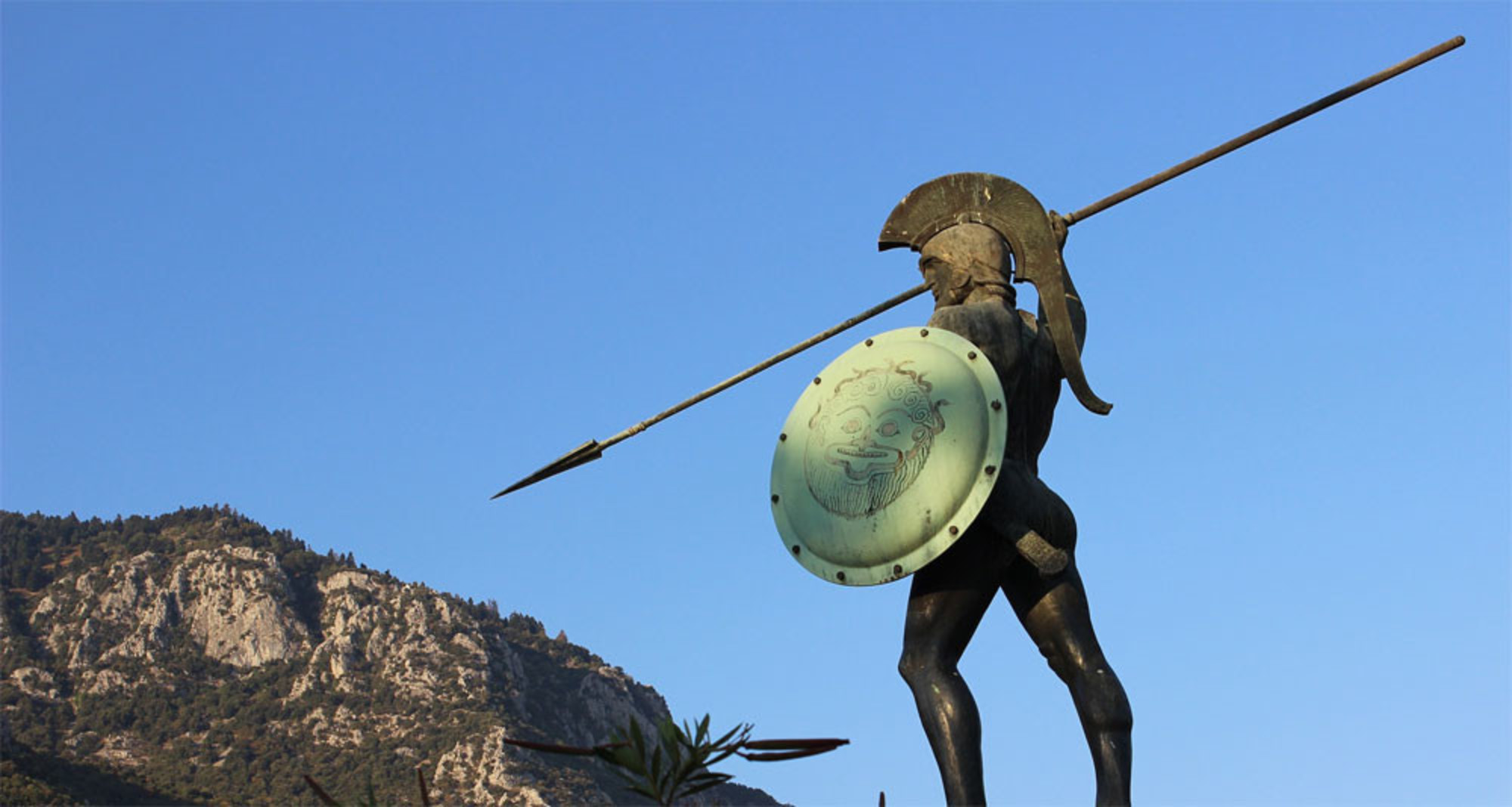 The Battle of Thermopylae has taken on the force of legend. In 480 B.C. Xerxes I, of Persia, attacked the Greek city-states with a force of 300,000 soldiers. The Greeks were defended by an army of 7000, led by the Spartan king Leonidas.

Xerxes vowed to conquer all of Greece but to do so he had to get his army through the narrow pass of Thermopylae where Leonidas positioned his men. For seven days the vastly outnumbered Greeks held off the Persian empire.

The Persians could not use their full force against the Greeks. The Greeks on the other hand, even with their much smaller force, could easily defend the narrow pass. You could say that the Greeks were able to hold off the Persians by forcing the enemy to come at them one at a time.

In the end, the Greeks were defeated by treachery and betrayal, but the stand at Thermopylae has been regarded as a symbol of courage against overwhelming odds. Though they were ultimately defeated, their defeat was not without meaning. The time that Leonidas was able to gain allowed the Greeks to rally and defeat the Persians at Salamis a few months later.

We doubt our own worthiness to be forgiven. We doubt the mercy and goodness of God. We doubt God's desire or ability to fix our mistakes, bring victory out of failure, good from evil, and life from death.

But God has shown us His infinite mercy, a mercy that removes all doubt.

Jesus returns to His followers who abandoned Him only a few days before. He had every right to be angry, hurt and disappointed. But He does not abandon them to their own fears and regrets. He comes among them and brings them His peace. He even invites Thomas to see and touch, and believe.

And for the rest of the world that allowed Him to be tortured and crucified He sends those same followers out with the ability to forgive sins, God's ultimate act of mercy.

We all have doubts, we all resist God's action in our lives one way or another. We get mad at Him, mistrust Him, and rebel against Him. But it is exactly at those times that God comes to us and offers us His mercy to win our trust and strengthen our faith..

Faith in God is the cure for our frustration, anxiety, and stress, the plagues of modern life.

As Christians we stand in the narrow pass of today. If we choose to take on every difficulty at once we will surely be defeated. But if we trust in God and take on our troubles one at a time, we will find that our strength is sufficient.

"are we a family that cares for and supports each other? Or are we a group of strangers who see each other... END_OF_DOCUMENT_TOKEN_TO_BE_REPLACED

A Lesson In Forgiveness

"God will forgive our sins against Him to the degree we forgive those who have sinned against us."

There is an old story about two pilgrims traveling to a monastery high up in the mountains of... END_OF_DOCUMENT_TOKEN_TO_BE_REPLACED