Tricks of the Anti-Christ to Steal Souls 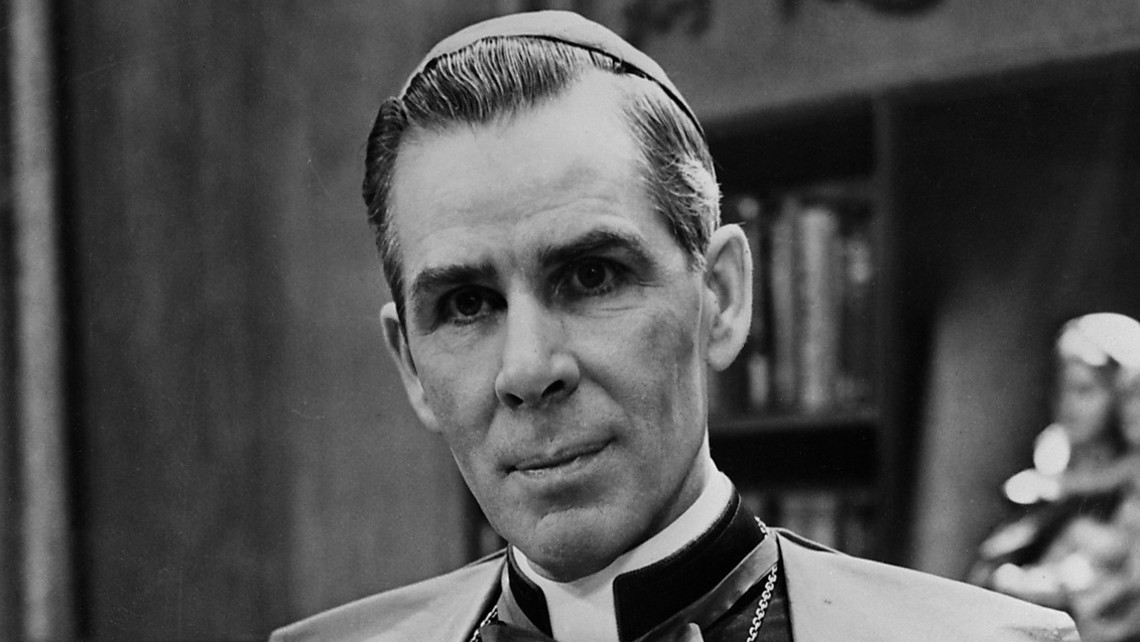 Here are the 12 tricks according to Archbishop Sheen:

1) He will come disguised as the Great Humanitarian; he will talk peace, prosperity, and plenty, not as means to lead us to God, but as ends in themselves.

2) He will write books on the new idea of God to suit the way people live.

3) He will induce faith in astrology so as to make not the will but the stars responsible for our sins.

4) He will explain guilt away psychologically as repressed sex, make men shrink in shame if their fellowmen say they are not broadminded and liberal.

5) He will identify tolerance with indifference to right and wrong.

6) He will foster more divorces under the disguise that another partner is “vital.”

8) He will invoke religion to destroy religion.

9) He will even speak of Christ and say that he was the greatest man who ever lived.

10) His mission, he will say, will be to liberate men from the servitudes of superstition and Fascism, which he will never define.

11) In the midst of all his seeming love for humanity and his glib talk of freedom and equality, he will have one great secret which he will tell to no one; he will not believe in God. And because his religion will be brotherhood without the fatherhood of God, he will deceive even the elect.

12) He will set up a counter-Church, which will be the ape of the Church because, he the devil, is the ape of God. It will be the mystical body of the anti-Christ that will in all externals resemble the Church as the mystical body of Christ. In desperate need for God, he will induce modern man, in his loneliness and frustration, to hunger more and more for membership in his community that will give man enlargement of purpose, without any need of personal amendment and without the admission of personal guilt. These are days in which the devil has been given a particularly long rope.

"John reminds us to look at how we are preparing to receive Him."

The Journey of the Spirit

"If we fail in this journey we must repeat it until we succeed. Only by embracing the vocation God has called each of us... END_OF_DOCUMENT_TOKEN_TO_BE_REPLACED

The Kingship of Christ

"When once men recognize, that Christ is King, society will at last receive the great blessings of real liberty" ... END_OF_DOCUMENT_TOKEN_TO_BE_REPLACED